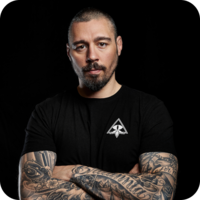 UFC Guess Who with Laura Sanko

Dan takes an in-depth look at the trilogy fight between the 145lbs champion, Alex Volkanovski, versus the former champ a featherweight great Max Holloway at UFC 276.

Dan is joined by UFC Referee Marc Goddard for a long awaited episode of LISTEN!

Road to the Ring

This card that will go down at the AO Arena in Manchester, England, will also feature an undercard bringing a pair of bouts with unexpected participants. Youtuber Casey Walsh will face fellow musician Don Strapzy in the ring, but more significantly, Dan Hardy (25-10, 1 NC) will come out of combat sports retirement to throw down with Diego Sanchez (30-14).

The Hardy-Sanchez fight will be an eight-round exhibition, where the participants will wear 16-ounce gloves and fight in two-minute rounds. If the fight goes to decision, it will automatically be ruled a draw. This spectacle of a fight card will currently feature a pair of musical guests, with British rapper Tion Wayne and England-based band Bad Boy Chiller Crew performing throughout the night. Additional matchups and entertainment will be announced in the future, per the promotion.

Dan plays a game called Heads Up with Laura Sanko from One on One. The aim of the game is is to guess an answer while the other person gives clues.

In The War Room, Dan Hardy breaks down the UFC 273 Main event for the Featherweight title, Alexander Volkanovski vs Korean Zombie.

Dan and guest co-host Veronica Macedo as they make their picks for the entire UFC 273 PPV, Alexander Volkanovski vs Korean Zombie. Including Khamzat Chimaev and MMA rules clarification.

Dan sits down and goes through every weight-class, looking at possible match ups for the UFC in 2022.

This was the first Outlawed Unofficial Picks Podcast, recorded Mar 18, 2021. The podcast is sponsored by Unbound Merino, that make beautiful Merino wool clothing, and this link provides a 15% discount on purchases.

The MMA Hour with Ariel Helwani

Dan talks with Ariel Helwani about the upcoming UFC London, his own fight intentions, and much more.

The official New Era® super heavyweight beanie perfect for the season with a stunning FRC 'BLACK FLAG' embroidered badge stitched to the front along side the embroidered New Era® logo.